I wonder if people might join in with this to keep some interest in the Forum alive?

I thought it might be interesting to see where we've been in previous and current Lotus ownership, so in chronilogical order here's mine:

1/ aged 20 I bought my first - a 1970 Elan S4 SE Coupe - Yellow - a Stromberg head car- fantastic driver's car - had loads of tasteful upgrades including a new Lotus Chassis - sadly written off after a bad accident (not my fault!). Sad end to a great car.

2015 White Elise SC RGB Edition in White with factory fitted bespoke interior which made way for.......

Do fancy an S1 Elise though.

A bit shorter timeline than yours but here goes

2003 Got my first, a 1999 Azure Blue Elise S1. Great car although it did have a habit of eating cats which was a pain as I didn't know any friendly MOT stations but it was still great fun. Looking back I didn't use it enough

2008 New Black Exige S 220. Got hooked when I had a test drive in 2007 at Lotus Ribble Valley but took me a bit of time to get there. Perhaps this is the one I should have kept but I didn't

2014 Nightfall Blue Exige V6 Roadster. Massive step up build quality and power, was an incredible machine. Missed the screaming SC of the S2 and would have liked it to rev as high as the S2 as that always made it feel you were driving it harder but apart from that is was epic

Sadly all now sold but will get another at some point I guess
Exige Roadster
Blue Thunder - MG TF
Black Exige S - Gone to a good home I hope!
TVR 400 SE - The sofa has gone
Elise S1 - Long gone but not forgotten
Top 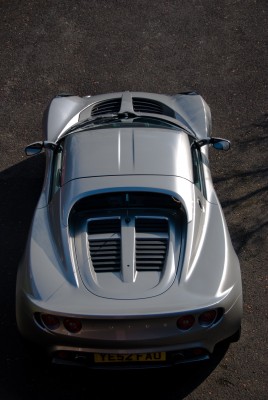 First Lotus, a S2 111S. Bought from Ribble Valley Lotus and loved it. I used to drive up to the Borders to go fishing and the 5 speed box did my head in on the M6, although the A and B roads were great. Had a hard top which I thought made the car look great in that colour.

So I bought this 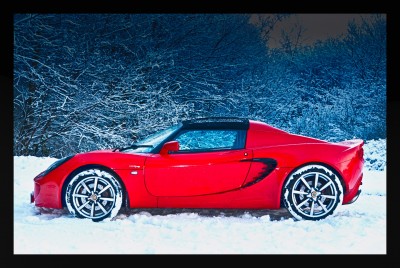 After driving some of the supercharged versions, I decided that those were better for what was a daily driver. So, mainly due to the Lotus 50/50 finance offer, I bought this new from JCT600, which was in 2014. 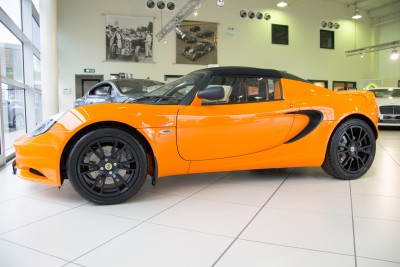 It is a much better car than the previous 2 for what I need it for. Better built, drives through town really easily due to the extra torque and still brings a large grin whilst pushing on. A radio is "almost" a worthwhile accessory at motorway speeds in this!
Silver 111S - gone
Ardent Red 111R - gone
Chrome Orange S - yippee

Users browsing this forum: No registered users and 2 guests