Right so as many will know I had for many years a Red S2 111S Elise that was dismantled, rebuilt, crashed , fettled , painted (twice), suffered HG (twice) , had a full interior refit and basically had many lumps of “£30” thrown at it, went to Le Mans twice , was tracked several times and I put about 50k on it over a 9 year period. All documented in various threads on here hopefully adding to the information catalogue for when anyone is getting the itch to by an Elise and starts doing the usual Google search as I did all those years ago and for which forums such as this are so good.


So now after too many “google” searches myself during lock down and reading plenty on other forums with more Evora content I went out and bought one, as some will have seen at the Wednesday nights meet or at the Gold Cup last weekend. As usual for me it’s a bit of a project car…. I save the new car purchases for the daily drivers….


So the aim is this thread will be where I dump my problems, eulogise and generally document what is done to the car… Sort of a build thread but not…. We’ll see how it goes. 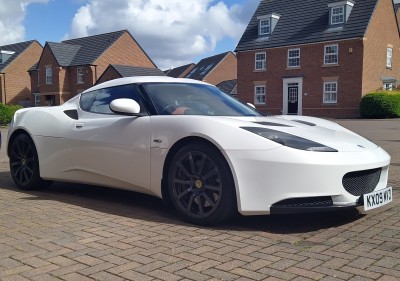 As an LE it’s got the Tech Pack, Sport Pack and the Premium Pack - which translates according to the brochure of the time as:


Premium.
Accent lighting - on when the doors are open ?
Leather trimmed boot lid – would never have noticed
Evora Script logo on the dash
Leather everywhere - far more than the newer cars

Note: The LE didn’t get the S style diffuser even with the sport pack.


Basically someone ticked the entire spec sheet apart from the Sports Gearbox !!


Interior wise it’s the Reddy/Brown Leather (Paprika) not as RED as the leather in the later cars and Black , has all the shiny metal switch gear door handles etc that has been replaced with black plastic on the later S1’s and all the usual finery. 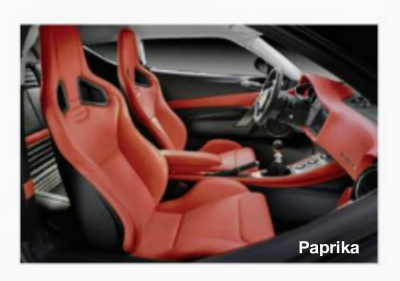 And as I found out after buying it the Lotus Stage 1 Exhaust and 3rd Cat delete has been fitted , probably at the delivering dealers.. On top of this prior to me getting it there are a raft of bills and history including last year having the Gear linkage cables, Clutch, Release Bearing and Gearbox bearings replaced. Not an insignificant cost as its rear clam off and engine out job !

So far stuff I’ve found than needs looking at :

1) Service
2) Brakes - New Rear disks and Pads needed
3) Geo
4) Alpine Stereo / Satnav is Archaic
5) Aircon is asthmatic
6) Front Service hatch not opening
7) Cruise Control Doesn’t work
8) Plastic rings around the rear lights are no longer chrome all the coating has either corroded or fallen off (Common)
9) A-Pillar Plastic Trims are both cracked in several places (Common)
10) Engine Vent Panel cracked , same issue as A-Pillars (Common)
11) Headlights fogging over and in need of refurb
12) Interior Leather could do with some TLC especially Seats and Sills.
13) All the mesh needs recoating
14) Diffuser needs re powder coating
15) Bumper needs better alignment

Plan isn’t to overly mod or up the power on this but to get it to a nice spec for gatherings/events, touring and the odd track day…

It's a beautiful car Carl, I'm a big fan of aspen white, my previous Elise was the very same. I'm looking forward to the build/refresh thread so keep those posts coming!

Looks good Carl, looking forward to the build thread but we might have to up the max spending cost from £30 to £35 just to make it more believable

brexit or not i'm still going

whitergb wrote: ↑
Fri Sep 04, 2020 10:56 pm
It's a beautiful car Carl, I'm a big fan of aspen white, my previous Elise was the very same. I'm looking forward to the build/refresh thread so keep those posts coming!

great car, and that you're posting a progress thread on here, well done Carl, if a few more of us would do this, it would help keep the forum going and people do like build threads. I've got one on here and will keep updating it when I've progressed it further.
Exige S - V6
Audi 20v turbo Elise Motorsport replica project
Top

Nice one Carl it looked a really good car when you showed me it the other week and wont take a lot to get it back to a mint state just a bit of TLC and a bit of buffing as you said earlier.

A very nice example for its age and low millage :-)
Andy

I definitely think it lacks carbon... I know a guy

It’s a lovely motor mate, I do like white evoras
Top

Bits n Pieces….
So next instalment of this, it’s a bit of a catch up one on jobs I’ve done so far just to fix bits and pieces.
1) Couldn’t open the front access panel…. After finding the damn lever buried way under the middle of the dashboard at full arm’s length (god knows how Boothy reaches) – why couldn’t lotus have just added a switch like the boot or fuel cap! Found that the cable was jumping out of the (Jag sourced) lever. 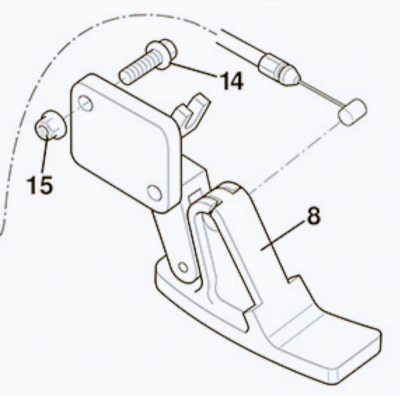 the plastic has broken where the cable is held. Solution Print a plug to bolt in and trap the cable 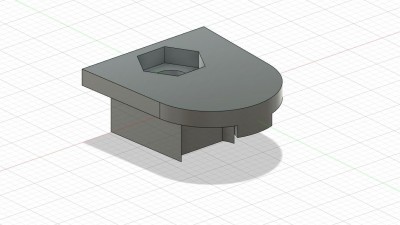 ….. the difficult bit as usual getting under the dash to fasten it all together!! 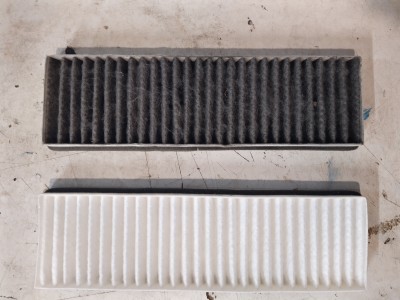 I don’t think this has been changed for a while Sorted the flow a bit but it does seem to drop off as the system runs for a while so don’t know if the resistor pack is on its way out so sort the HVAC stays on the list.

And finally for this update, the only green and yellow on the outside of the car were the wheel centre caps. So a few hours on Fusion 360 and ebay and et voila black and silver ones to go with the monochrome exterior. 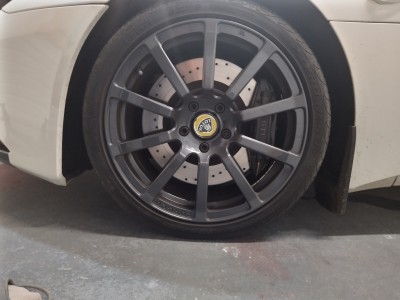 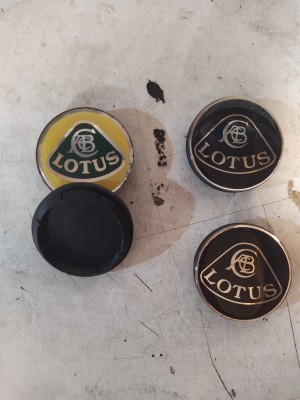 And Boothy there will be more carbon I think, just not inside…..

stratosboy wrote: ↑
Sun Sep 06, 2020 3:14 pm
great car, and that you're posting a progress thread on here, well done Carl, if a few more of us would do this, it would help keep the forum going and people do like build threads. I've got one on here and will keep updating it when I've progressed it further.

Following your thread and remembering others is one of the reasons I decided to kick this off . Nothing like some one else build thread to make you have daft ideas about your own. Although this one as I said will be more bits n pieces than the epic that yours is.

We need pictures of carbon, not printed plastic!

That's on its way over winter...

However the back light rings were pissing me off. Should have been chromed plastic but have aged to a crappy grey with no chrome ... So a start , just a small one 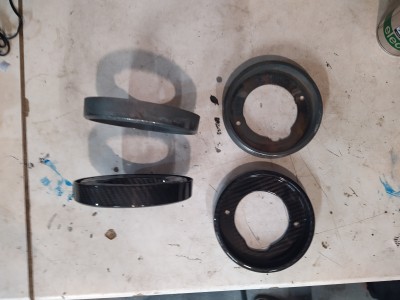 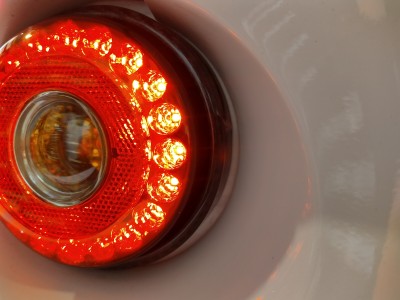 So on with a little more this past weekend. Looking at the various parts lists etc there is a fair bit of tweaking between the LE Evoras and the following cars, one of those is Lotus suddenly remembered the clutch fluid can get hot when the pipes are buried in the engine bay. So in an effort to improve the recalcitrant second gear, I've been bleeding the clutch circuit, what a bugger to get to that is and lagging the pipe to try and minimise the heat soak... so Nelly no Carbon just yet but a little bit of gold hidden away Also at the few sunny events we got to this year the yellowing of the factory fit PPF was quite noticeable in the sunlight so that's had to go. Not pleasant or easy job especially with temps dropping to single figures but its done and here is a pile of plastic to prove it. I don't think I'm going to bother replacing it now. 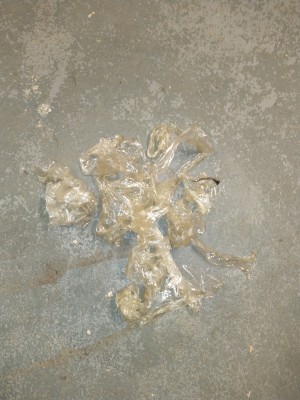 So it's been a bit but parts are starting to turn up ... ARB bushes and drop links. So soon once I can free up garage space I can start pulling it.to bits.

Looks like you are going to be busy over the coming weeks, looking forward to viewing progress

Ive not looked at taxes on EU imports as all our business is done with China where we pay a duty rate based on the product type/category and of course the vat and customs clearing charges.
Exige Cup 430
Top

Looks like it will just be vat paid on delivery of the goods if the value is over £135.00. Any issues also means that you cant persue the EU company at fault through the British court system as before, you now have to challenge them from the courts local to the trader.
Exige Cup 430
Top

Hmm so basically it's vat but no other duties and I'm buggered if the parts are poor, which I'm hoping they wouldn't be ... Research needed before I blow the cash then but I'm not really up for just putting black plastic back on it for it to crack again ..

That's correct.....but there is also the clearing charge of £10-15 which you will be familiar with. The EU country you will be buying from will sell to you ex VAT so if you buy something with a value over £135 the price should not be any different than it used to be unless you are buying from an EU country that has a low VAT rate but most of them are 19-20% (I think Luxemburg was 15% at one stage). In theory many items from outside the EU should come down in price as the duty prior to us leaving the EU was set by the EU and imposed on us by them!...The is a huge document somewhere that shows the duty changes and I think everyone of the new UK duty amounts are less (sometimes considerably less) than the rates the EU charge. Which is not surprising as the EU runs a non pre market protectionist system.

The upshot is that if you buy something of low value you will be hit with the clearance fee charged by the importer which at 100 quid or so might be as much as the goods!!

The only Duty on goods from the EU is wine spirits and tobacco IIRC.
Love my Elan...Learning to live with my 111R!
Top
Post Reply
54 posts

Users browsing this forum: No registered users and 2 guests